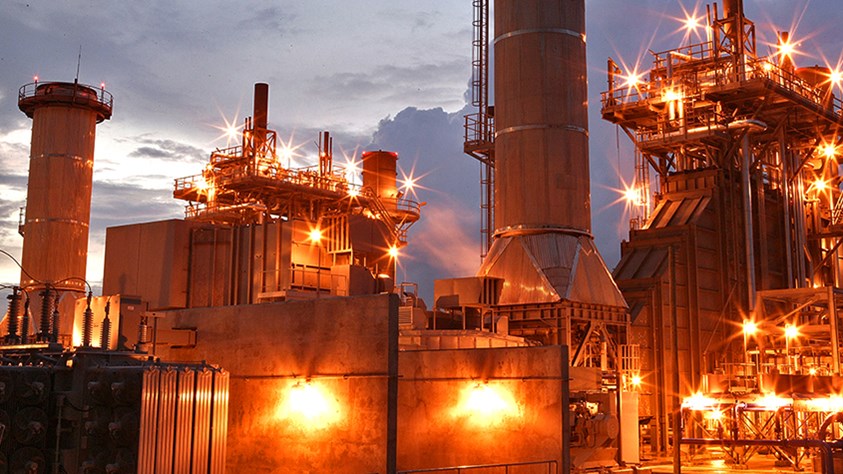 Modern gas turbine technology has made enormous progress in increasing plant capacity and improving efficiency, but even these modern plant designs may suffer heat loss unless proper cooling techniques are implemented.

Nitrous oxides and carbon monoxide emissions must also be continuously monitored and controlled at the facility while keeping environmental impact to a minimum.

The average annual demand for electricity in Jamaica over the past ten years was about five percent and the forecast for the next five years is six percent annum.

This situation lead Jamaica Public Service Company Ltd. to investigate new ways to economically increase the capacity of its generating units. One such method utilises evaporative cooling technology, which cools inlet air to the gas turbine.


The Munters solution
Because large amounts of air are required to operate gas turbines, power output and fuel consumption are highly dependent upon mass flow, quality and ambient air temperature drawn into the combustion chamber.

“The cleaner and cooler the air taken into the turbine is, the more efficient the turbine operates, which leads to higher power output,” said Stamp. “Conversely, as the air inlet temperature rises, power output falls and efficiency decreases.”

In order to prove inlet air cooling technology suitability to the Jamaican climatic conditions, a pilot project was started. Gas Turbine 4, a John Brown Engineering MS5001 (Frame 5) unit with an ISO rating of 25.5 MW [59°F and 14.7 pounds per square inch absolute (psia) inlet air] and a site rating of 21.750 MW [88°F and 14.7 psia], was selected.

“We learned about inlet air cooling when we noticed a Munters advertisement on the subject,” said Stamp. “We would later contact them for an economic analysis.”

Hunts Bay chooses Munters TURBOdek system
According to Stamp, there were several reasons Hunts Bay chose an evaporative cooling system at the plant instead of other cooling methods. “We chose evaporative cooling because of its ease of retrofit installation, low operating cost and low inlet pressure drop,” said Stamp. “It was also the right economic choice for us and the unit was easy to install.”

Munters TURBOdek system provided cooling to inlet air during the pilot test, which lead to permanent installations. Climatic conditions in Jamaica were ideal for installing evaporative cooling. “A gradual reduction in capacity is expected with increased ambient temperature, and since Kingston has high ambient temperatures of 90-92°F in the summer months, only around 85% of ISO MCR (micro carbon residue) can be realised,” said Stamp.

“While power companies in southern climates realize the impact that evaporative cooling can have on turbine performance, we are also seeing opportunities developing as far north as Toronto,” said Larry Klekar, sales manager for Munters Systems Division. “Inlet cooling returns the investment so rapidly that installations are a good decision throughout most of North and South America.”

“Cooling the combustion air for a gas turbine plant is a smart way of getting more power,” said Klekar. “With Munters Evaporative Cooling System and an ambient dry bulb temperature of 95°F, it’s possible to recover as much as 15% of lost power, just by cooling the intake air. Stamp noted, “We are extremely pleased with the performance of the Munters evaporative cooling units and we plan to install more units on our turbines within short.”