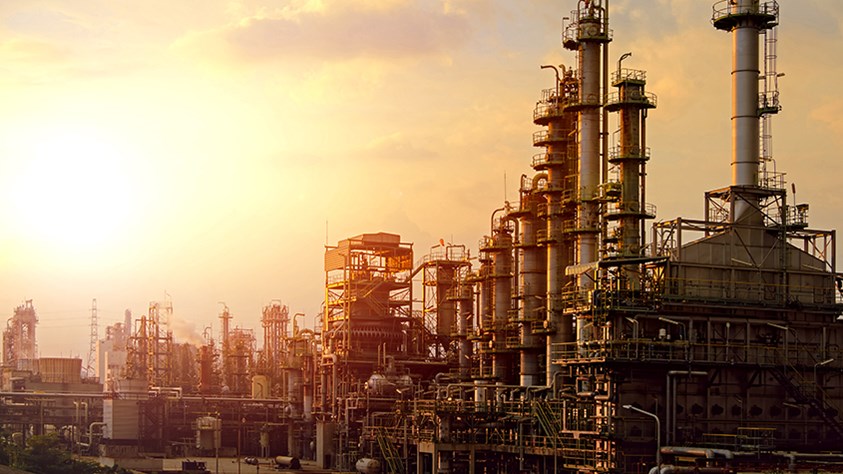 Munters solved an emergency high pressure drop and bottom temperatures issue for a customer in the petrochemical industry. Munters technicians devised a permanent solution with increased capacity for maximum load, and the customer was very satisfied with the results.

The company is a joint venture with Swedish Co. It has manufactured petrochemicals since 1989. Its main products include aniline, nitrobenzene and toluene di-isocyanate.

Process overview
Toluene di-isocyanate is obtained from a reaction of meta-toluene diamine and phosgene in orthodichlorobenzene (ODCB) solvent. The unreacted gases containing phosgene are then sent to the absorber to be absorbed in ODCB for reuse in the process, and to prevent the emission of highly poisonous phosgene into the atmosphere.

Customer requirements
Since the column was not performing to peak capacity with very high pressure drops and bottom temperatures, the column was opened and inspected, and the trays were found to be very corroded.

The client requested Munters to work on an emergency basis and provide a permanent solution that resulted in increased capacity to handle maximum load.

Problem analysis
Munters specialists performed a study and analysis. During the hydraulic rating of the existing valve trays, it was noted that the jet flood and pressure drop were quite high, which made the problem worse.

Since the pressure drop was high, the client had to maintain a very high pressure at the bottom of the column. The significant pressure drop caused higher column temperatures and corrosion. The decision was made to replace the trays with high- capacity valve trays.

When studying the hydraulics of the existing trays, Munters specialists discovered that they were running at 130% jet flood, a very high-pressure drop. This caused the temperature at the bottom to be very high, which led to corrosion. Munters’ specialists decided to replace these trays with high-capacity valve trays.

Also, these trays could efficiently handle fouling services. Accordingly, thirty high-capacity valve trays were designed to suit the existing tray attachments, and they were manufactured and installed within 48 hours.
This resulted in:


Results achieved
After installation of the high-capacity valve trays, the correct temperature was maintained and capacity increased by 40%. The plant is running perfectly. The client was satisfied with overall performance and planned further modifications in other columns using Munters’ service and equipment.