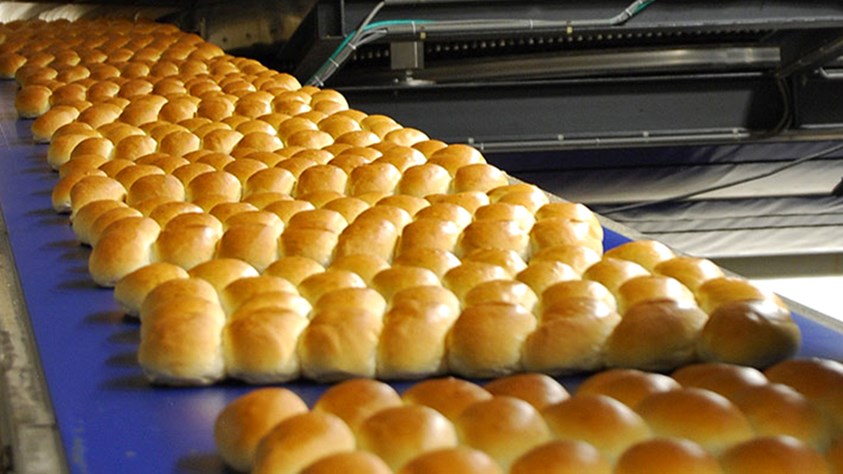 Master-bakery Van Maanen is a family business that has been a bread and pastry producer for over one hundred years, selling in their own chain of stores. With almost fifty shops, Van Maanen has become a well-known name around Amsterdam and The Hague. Craftsmanship is still important here. The bakery complies with the highest standards and regulations to maintain the highest quality.

During summer, Van Maanen bakers had a serious problem. Each kilogram of air can contain up to 15 grams of moisture in the summer months. Loaves of bread will come out of the oven crispy and crunchy, then they are processed in a cooling tower and later cooled down in the production hall.

This process is continued all night long, and then the loaves are ready for distribution to their fifty stores. But the bread loses its crispy texture and crunchiness in the cooling process during summer months.

This problem was a big issue and problem for Van Maanen Bakery. How to solve the problem was an issue nobody could solve. Until Peter Smit of Van Maanen started to talk with Munters about dehumidifying the production space.

The Van Maanen Bakery bakers had already discovered that moisture management plays an important role when baking and producing bread. During the cooling down process each loaf gives off a little moisture. Not a problem for one loaf, but when there´s thousands of loaves it becomes a problem.

That´s a lot of moisture. Additionally, in summer the ambient moisture content is at its peak, which causes bread to absorb moisture again after cooling down.

“After we made the decision to optimize the product a huge load was lifted from our shoulders”, says Peter Smit. Munters took control of the entire implementation process and stated clearly which steps it would take. The necessary ventilation for the production crew was also taken into account.

The most simple and effective solution to solve this problem is addressing the cause: “Remove the moisture from the air”. Munters has 60 years of experience in dehumidifying air.

When processing or producing hygroscopic products, like bread, it is important that moisture is managed according to the product specifications and the sorption-isotherms of the product.

At master-bakery Van Maanen, the production space is kept a constant 50-60% Relative Humidity. This means that in summertime, the problem of bread loaves getting soggy is solved, so they will arrive crunchy and crispy for the customer to enjoy.