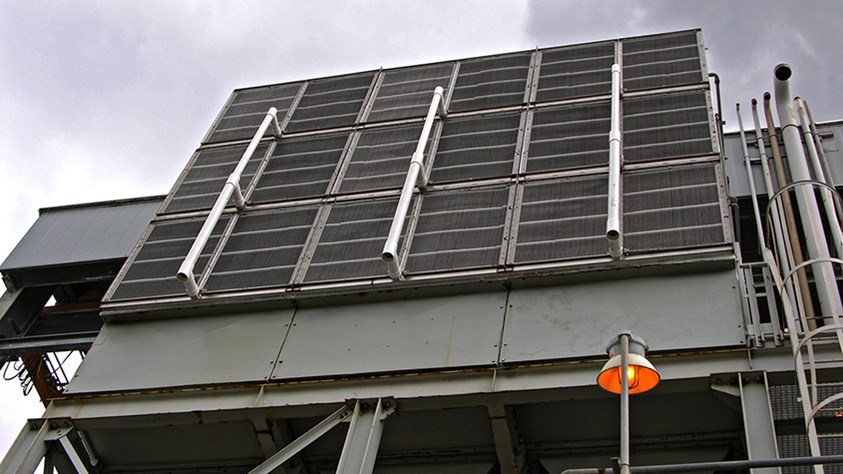 Rising energy costs and shortages around the world have driven the power and process industries to seek innovative solutions. Worldwide energy demand continues to rise faster than generating capacity, electric power industry deregulation has created a demand for products that will make power producers more efficient.

Modern Gas Turbine air houses have greatly improved the quality of air introduced into the turbine. But even those modern plant designs may suffer from fouling due to dust ingestion, particulate, liquid, and salt air. With the proper application of Mist Elimination techniques these risks can be reduced.

A Munters Trinidad customer has four Gas Turbine trains with twenty-seven gas turbines. Gas turbine energy is used to compress the natural gas into a liquid state for storage.

Its plant was experiencing power downgrades and frequent filter changes in their air houses. Munters was called in to look at the existing air houses, which are protected with weather hoods.

After a full inspection of all units, it was determined the best way to extend filter life would be to remove the hoods and install a Munters Mist Elimination system, which would reduce the amount of foreign matter reaching filters.

The customer selected Train 1 as there first installation, with six turbines this train was closest to the ocean and it was having the greatest filter problems.

After a trial period on Train 1 it was determined that the mist eliminators were doubling filter life! Since this installation Munters has worked with various OEM’s, and other end users such as Progress Energy in Florida and Eco Electric in Puerto Rico.