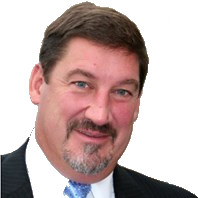 Your career path at Munters

I started with Munters in 1985 as a process engineer in the desiccant rotor factory in our Massachusetts factory. I quickly moved to jobs as Engineering and R&D Manager and Operations Manager. My early career working with desiccant rotor technology gave me may opportunities to interact and work with colleagues in all three regions. My first Global role was as V.P. Technology for the parent company at the time Munters became a publically traded company in 1997.

Was there anything that surprised you when you started at Munters?

At the time Munters was composed of many local companies working with the same technologies in many countries but only loosely cooperating. This created a high level of entrepreneurialism which still exists within the culture today.

What are the biggest challenges of having an international position?

It is very easy to travel from a central position and "helicopter" in to a locations with the attitude " I am from headquarters and am here to help!". What is difficult is understanding the local issues and to transfer the right knowledge to help with the current problems. When travelling it is very important that we communicate a common and strong Munters Culture so that more people are bound to the goals that we have within the Company.

In your opinion, what does it mean to work globally at Munters?

A great amount of the job is making connections, relating the realities of a group in one region to the task and challenges in another. In doing so I always try to promote one to one contact between people with similar issues.

What competencies are necessary for a successful global career?

The ability to communicate goals and to listen for local subtleties that can act as bridges between groups, or which could act as hidden barriers that will need effort to break down.

In the 90's I visited a Norwegian supplier with some of my Swedish colleagues. As I could not speak their languages the business was conducted in English. After the meeting I was told, "Thank you for being here. Normally we try to speak a combination of Swedish and Norwegian, thinking that we will understand each other as the languages are so close. But it was much clearer working in bad English than our half understood hybrid language!"

You career advice for new employees

Never be afraid to ask questions, no mater how dumb you make think that they are. Be yourself and learn not just about your role but about the roles of others. Appreciate and work with the things others do better than you as well as the things you do better than others.