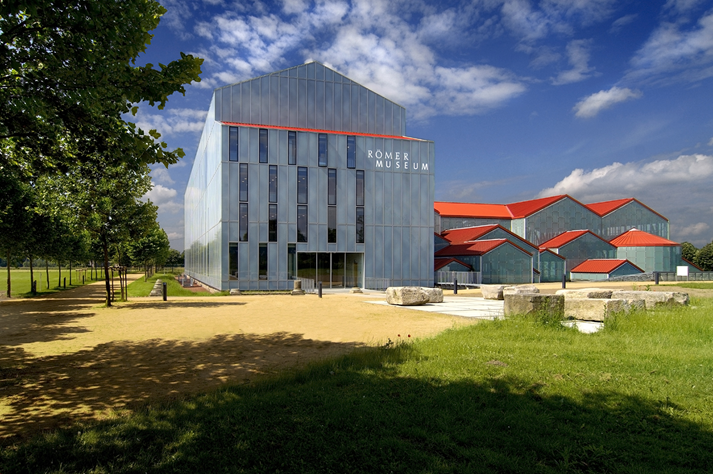 Since 2008, the LVR-Roman Museum has been at the heart of the LVR Archaeological Park in Xanten. The modern museum building made of steel and glass is located on the historic site of the former Roman metropolis of Colonia Ulpia Traiana. Over 2,500 exhibits along with modern media paint a vivid portrait of everyday Roman life in Germany within an exhibition area measuring around 2,000 square metres. Many of these exhibits are made of metal and are sensitive to excessive room humidity. The corrosion rate steadily increases as from relative humidity values of 50%. Low ambient air humidity greatly slows down the corrosion process.

Humidity problems in the metal depository

The 90 square metre “metal depository” climate chamber of the LVR-APX administration building is where many metal artefacts are stored. In order to prevent further corrosion and rust formation on these artefacts, an indoor climate of ≤ 30% relative humidity at a room air temperature of 20°C needs to be ensured on a permanent basis. The air circulation unit which was installed there for cooling/heating could not meet these humidity requirements. An intelligent dehumidification solution was needed to maintain the quality of the artefacts for museum visitors.

For Norbert Damker, the Technical Director of building services for the entire tilluftarchaeological park and the LVR Roman Museum, the question arose of how to achieve a consistent low humidity level in the room. "We had to prevent the stored metal artefacts from corroding. The conventional air conditioning in the metal depository was insufficient to create the indoor air conditions this demanded," says Mr Damker. “In search of a reliable solution that would achieve the target humidity levels required, we came across Munters.”The only reliable protection, regardless of weather conditions, is dry air produced by a desiccant dehumidifier. In accordance with the technical specifications, a Munters MLT800 dehumidifier was chosen. This requires minimal space, and its high air throughput and low energy consumption convince. The dehumidifier with Climatix control was integrated into the partial air flow upstream of the air circulation unit.With its maximum dehumidification capacity of around 2.1 kg/h the solution ensures that the target humidity desired in the depository is achieved. "Since the commissioning of the Munters dehumidifier, we have had no problems reaching our stored exhibits' climatic requirements. We were also able to reduce operating costs in our metal depository to a significant extent, as we no longer needed to cool it," says Mr Damker.The air dehumidifier is connected to the existing building management system of the LVR Roman Museum via BacNet. As part of the inspection contract, regular visits by a Munters service technician ensure that the system will operate reliably at all times and that artefacts are preserved for posterity.Are you seeking a solution like this for your business? Contact us via email at info@munters.co.uk

Impressive details about the LVR-Roman Museum

It rises above the excavated foundations of the entrance hall to the Roman swimming pool and its size and shape correspond to the layout of the classical building. The ruins of the adjoining baths are covered by a protective shelter, the dimensions and structures of which also follow the outlines of the ancient structure. This way, the LVR Roman Museum and the conservation building for the thermal baths form a unique complex, enabling visitors to experience the scale and appearance of the large Roman thermal baths complex. The impressive size of the ancient architecture can also be experienced inside the LVR Roman Museum, which is 70 metres long and over 20 metres high. The majority of the exhibition is accommodated on ramps and levels that are freely suspended within the space, repeatedly providing surprising vantage points. The exhibition takes you through the eventful Roman history of Xanten in the form of a chronological tour from the time of Caesar to Franconia. Visitors meet the first Roman legionaries who arrived on the Rhine shortly before the turn of the century, experience the dramatic impact of world political events in Rome on the Lower Rhine and witness the rise and fall of the Roman city of Colonia Ulpia Traiana, which was founded on Xanten soil around the year 100 AD and destroyed by the Franks in the Late Antiquity.