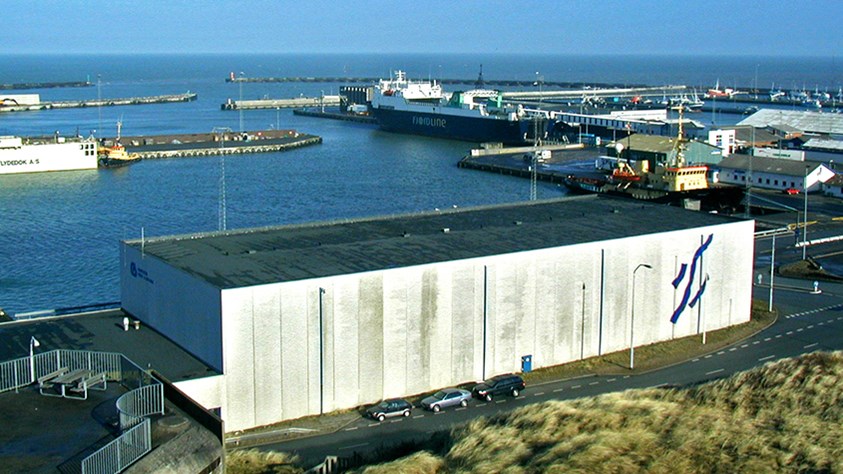 Claus Sørensen A/S is a specialist in fish products and shrimp processing. The company sorts, packs and stores products and has a number of facilities for freezing and refrigeration, primarily on the west coast of Jutland. It has two rooms a freezing and cooling capacity of 33,000 m3 and 10,000 m3 respectively, but condensation in these rooms has caused damage to the building itself.

Despite insulation, refrigeration and deep freeze storage condensation occurred in the areas surrounding the storage facilities. In the hollow spaces and on any ceilings above them, chilled surfaces meet warmer pockets of air or outside air, and this creates condensation which can lead to a variety of problems. In the hollow spaces, the condensation causes mould to grow and building structures are damaged by this constant state of moisture. Woodwork is attacked and destroyed by rot and fungus mould. Steel components are attacked by corrosion and condensation can be seen running down concrete walls.

On top of the refrigerated room, condensation appears as water or ice that can completely cover the ceiling area and cause significant damage. In addition to damage to the building, ice and frost can form on the uninsulated parts of the refrigeration system such as vents and automated parts.

The only way to solve these problems is to ensure that the air is as dry as possible and that there is no possibility for condensation to form. This is achieved by basing technology on Munters dehumidification principle that humidity is independent from temperature: desiccant dehumidification works efficiently anywhere between -40°C and +40°C.
With Munters desiccant dehumidification, the relative humidity in hollow spaces and ceiling areas is reduced to a level that prevents the formation of condensation. The air in the room is sucked into the dehumidifier where the moisture in the air is removed. It is then blown back into the room again, ensuring that the area is kept dry all year round, regardless of seasonal changes in the climate. The water that is removed from the indoor air is then blown outside as damp air.

After an inspection of the facility, Munters developed a solution proposal that the company immediately chose to implement. Two small dehumidifiers were installed on the ceiling, and these now ensure a stable, low humidity that prevents the formation of condensation.

The problems have been solved, and at a price that can only be regarded as low when compared to the long-term costs of damage caused to the building. Operations Manager Bent Boesen remarked, “We are surprised at how quickly the water disappeared. The ceiling is always dry now, and we no longer need to worry about damage to the building.”