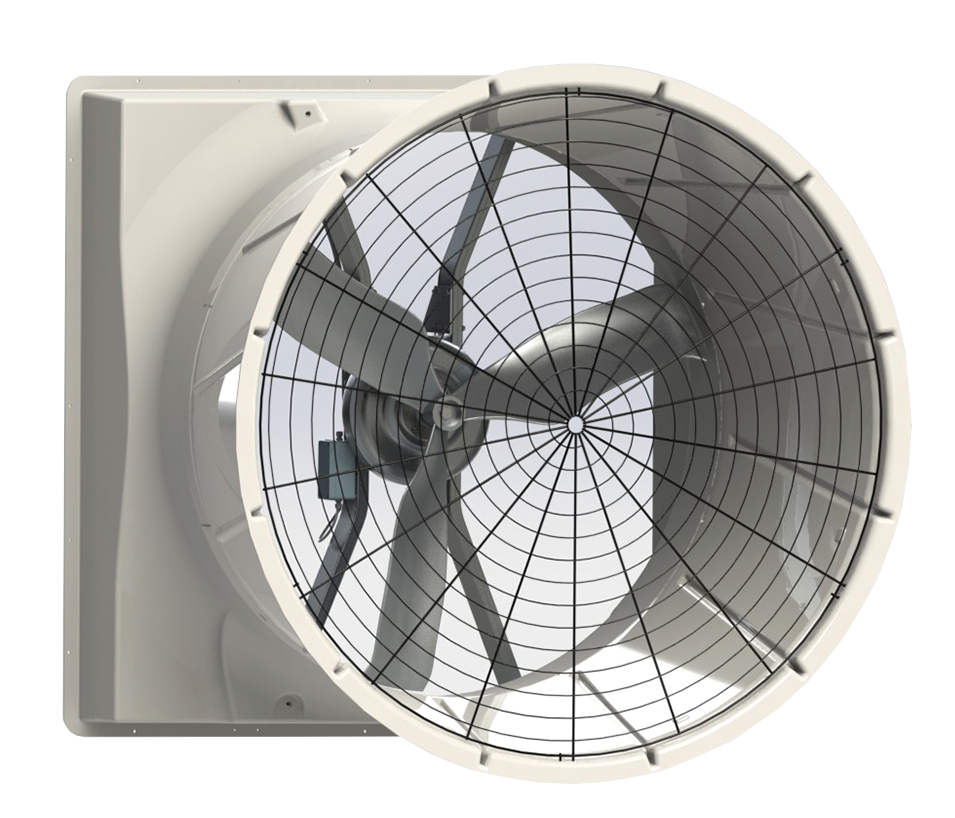 Efficiencies are what drive us forward

Improving the efficiency of fans can often be obtained from making small incremental improvements, but to really make a difference, a breakthrough is sometimes required. Munters realized that to significantly improve efficiency of ventilating buildings, we can no longer make incremental improvements to fans by solving existing problems, we should avoid them. The concept of how buildings are ventilated needs to be challenged and improved upon and this is exactly what Munters Drive delivers.

Ventilation inefficiencies can be traced back to 3 major causes:

Munters Drive avoids these limitations by:

The Munters drive has a fundamentally different and more efficient architecture from a standard AC motor, opening the way for a motor that can operate at a much higher efficiency than a normal AC motor

With a motor that turns at the same revolution speed as the optimum propeller speed, the need for a drive system is eliminated

- Significantly reducing the need for maintenance

By being able to reduce motor speed and fan capacity when ventilation demand is low, the route to unlock significant energy savings is secured.

By combining the energy efficiency benefits that a Munters Drive offers over a conventional fan, users have been able to reduce annual ventilation costs by up to 40% and additionally saved a similar amount in maintenance cost reduction.

By mid-2015 there had been more than 4,500 units sold to more than 200 different farms in applications ranging from layer, to broiler, to hog, to dairy and even greenhouse. The oldest running motors have exceeded 20,000 hours of trouble free operation!

In a conventional AC motor opposing magnetic fields are induced in the rotor and stator.  This opposing force makes the rotor turn.  Motion is maintained through the polarity changes of the Alternating Current (AC) power supply. The way the architecture of an AC motor works one revolution of the magnetic field in the stator does not equate to 1 revolution of the rotor.  In fact, the rotor turns less than 1 revolution (called slippage) which causes magnetic fields to cross which is a loss of energy.  This loss of energy can be observed as heat generated by the motor while in operation.

This means the rotational speed of the motor is fixed and determined by the frequency of the power supply (50Hz or 60 Hz) and the number of magnetic poles in the motor.

An EC motor is equipped with a set of permanent magnets, a set of coils in which magnetic fields can be created and an electronic controller that creates the magnetic fields in the coils. The electronic controller changes the polarity of the coils causing the rotor to turn.  Due to the architecture of this type of design there is perfect match between the rotational speed of the magnetic field and the rotor. Eliminating slippage of the rotor means the motor operates much more efficient which can be observed through having a much cooler motor. An added benefit is that the controller has the ability to change the rotational speed of the motor.

Munters Drive: The product that people in the know wants because:

Munters Drive gets your fans ready for accommodate developing technologies such as improvements on ventilation schemes and communication.