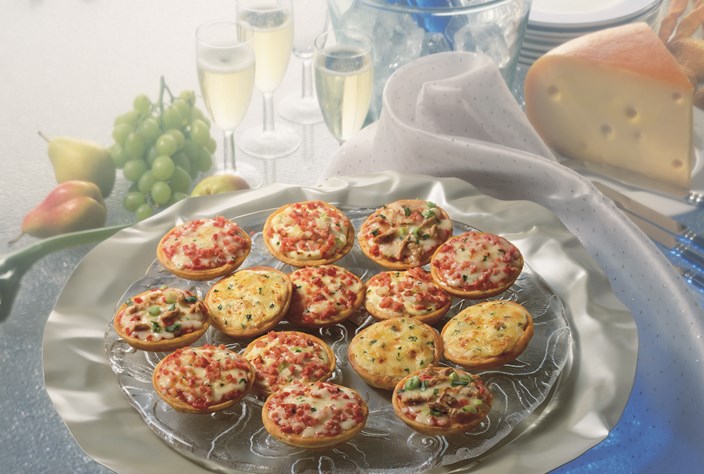 The general trend in frozen product distribution is to increase stock rotation, but without increasing the necessary investment. To boost productivity, there is a need to increase the amount of traffic, which also means that more doors have to be opened. The problems caused by ice and frost then become much more serious, thereby slowing down the traffic! The presence of ice and frost is the cause of slippery floors, doors that can no longer close and evaporators that become iced up. There are also many other problems that can restrict productivity and produce a considerable increase in maintenance costs.

In these conditions, forklift trucks are a permanent hazard to operators, often incurring additional costs as a result of damaging or even destroying equipment through skidding.

The only effective solution is to tackle the source of the problem by removing the moisture from the air that causes the ice to form. This is precisely what the Munters IceDry® system does.

Munters technology is used to treat the air entering the cold store and removing ice already formed. With a minimum of effort this unique solution quickly guarantees a safe storage environment and ideal working conditions.

The key is to control the humidity of the surrounding atmosphere. Wagner’s deep frozen pizzas use Munters IceDry® system to substantially reduce ice and frost forming during storage. Within IceDry® is a Munters sorption dehumidifier specially developed for low humidity and temperature levels.

Installing a Munters IceDry® system meant the dew point lies below the prevailing temperature, which considerably reduces the formation of ice and frosting on the air-cooler. This prevented the mechanical moving parts of the vertical conveyor belt from slowing down or becoming completely blocked.

Icing up of the refrigeration components, including the evaporator and condensation tray, has also been reduced. Were this not the case, valuable energy and time would be expended on defrosting.

The system draws moist air directly from the surrounding atmosphere and dehumidifies it to a dew point below the surface temperature of the coldest parts. The dry air is fed back into the anteroom, combating the formation of ice and frosting.

All in all, this saves costly energy and time, ensuring Wagner’s high product quality and minimises the risk of accidents.

Wagner also use Munters IceDry® on both their spiral freezers to optimise productivity.

Wagner operate a 3-shift round-the-clock operation, and after shaping and baking, the pizza is then quickly frozen for storage. The product feeds into a spiral freezer and is quickly frozen by cold air blowing through the conveyor belts at -40ºC. The deep-frozen pizzas are then removed and stored. The quick frozen process means rapid throughput and is a smooth operation, because whatever the conditions, the IceDry® system adapts to them. Using IceDry®, the periods between defrosts are extended, allowing for longer running.

The recipe for dry air is not a secret, why not look on www.munters.com/food for a wealth of case studies – it’s worth the visit.