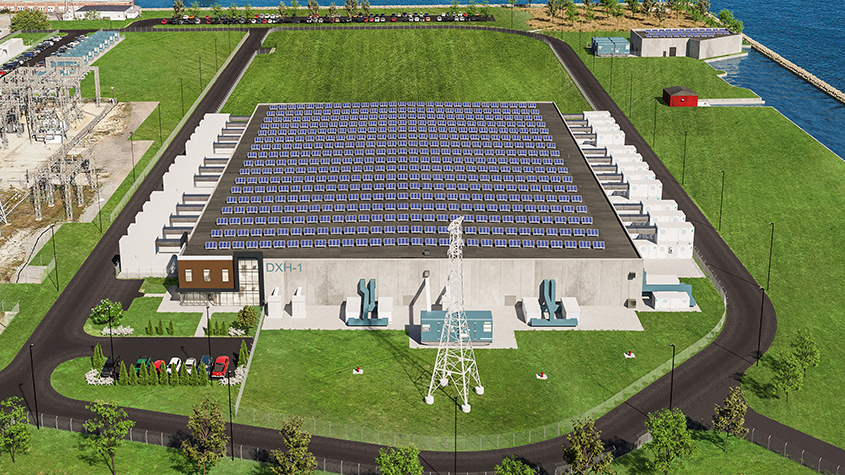 Digital Crossroad has placed an order for Munters to cool its new data center in Indiana in the US. The center covers a space of 105,000 square feet and will run on 100 percent renewable energy by 2028.

Digital Crossroad’s new data center in Hammond, Indiana, is an example of creatively converting an existing facility into a data center. This particular project is a conversion of a former coal-fired power plant known as State Line.

In 1954, the legacy State Line coal-fired power plant was considered the world’s largest electricity producing generator and held that title for nearly 25 years.  In 2012, the plant reached the end of its operating lifespan and was subsequently closed. In 2018, Digital Crossroad acquired the property with the intent to convert the site into a high-powered, renewable energy data center.

“From the adaptive re-use of existing real estate, to our sustainable design, and everything in between, this modern data center development showcases how we can build on the past and bridge to our future, while reducing the environmental impact,” commented Bill Winsininski, Chief Revenue Officer, Digital Crossroad.

Most of the electricity consumption, outside of the IT equipment, consumed by a data center is from cooling. In the case of Digital Crossroad, the center will require nearly 5,700 tons of cooling capacity. Munters Indirect Air Side Economizer (IASE) system is ideal for the job.

Because the cool air delivered to the IT equipment is 70 degrees or warmer, the opportunity for economizer cooling is greater when compared to conventional HVAC that is typically designed around 55 degree supply.

IASE systems allow harnessing of free cooling without bringing outside air directly into the white space (space allocated for IT equipment such as servers), thus avoiding pollution and humidity challenges.

Munters engineers have been working closely with the Digital Crossroad design team to develop grade mounted cooling systems that deliver up to 450 kW of cooling each. These factory made cooling sections expedite the construction cycle and fuel cooling capacity as white space is consumed. This “scalable” characteristic is very important for matching investment with income.

“Energy consciousness and environmentally friendly design are characteristics that many data center operators strive for,” says Mike Herwald, Munters Sales Manager, North America.  “Converting a coal consuming energy factory into a very efficient data center operation is a truly unique project and Munters is proud to play a part in making it possible.”

For more information about how we support data centers, click here.