The process fans on older Munters MX dehumidifiers are operating with AC induction motors. By upgrading these to modern and much more energy efficient EC (Electronic Commutator)fans, you will be granted energy savings at 50% or more.

The EC (Electronic Commutator) fan is a permanent magnet motor that has an electronically controlled stator field, compared with the voltage induced stator field of an AC induction motor.

The EC motor allows proportional control over a 0-100% range with no induction present. This can be via a pressure transducer or manual potentiometer control, either 0-10vdc or 4-20mA. Replacing the old and original fan with a 3kW motor for an EC fan upgrade, British Sugar is offered the same air volume and static pressure with only 1.6kW power consumption.

At British Sugar plant in Cantly, UK, Munters successfully upgraded an MXT 2800 to be followed by 6 others.

Based on a price for electricity of 8.5p per kWH, the ROI (return of investment) is less than 2 years, including all costs for parts and labour. The upgrading involves removal of original square box design fan, ductwork modification, mounting of EC fan assembly, modification of the originalprocess fan switchgear, removal of a process fan contactor and fitting of a potentiometer. Depending on the accessibility of the dehumidifier, the upgrade process amounts to approximately one day of labour.

The success of this pilot project will be followed up by upgrading the other 6 Munters dehumidifiers in operation at British Sugar in Cantley. 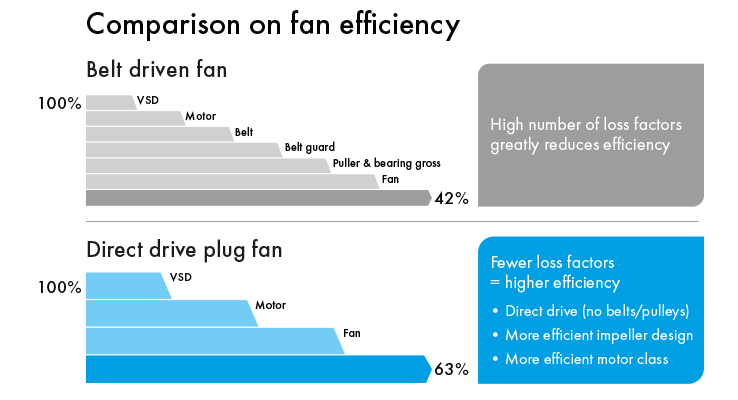