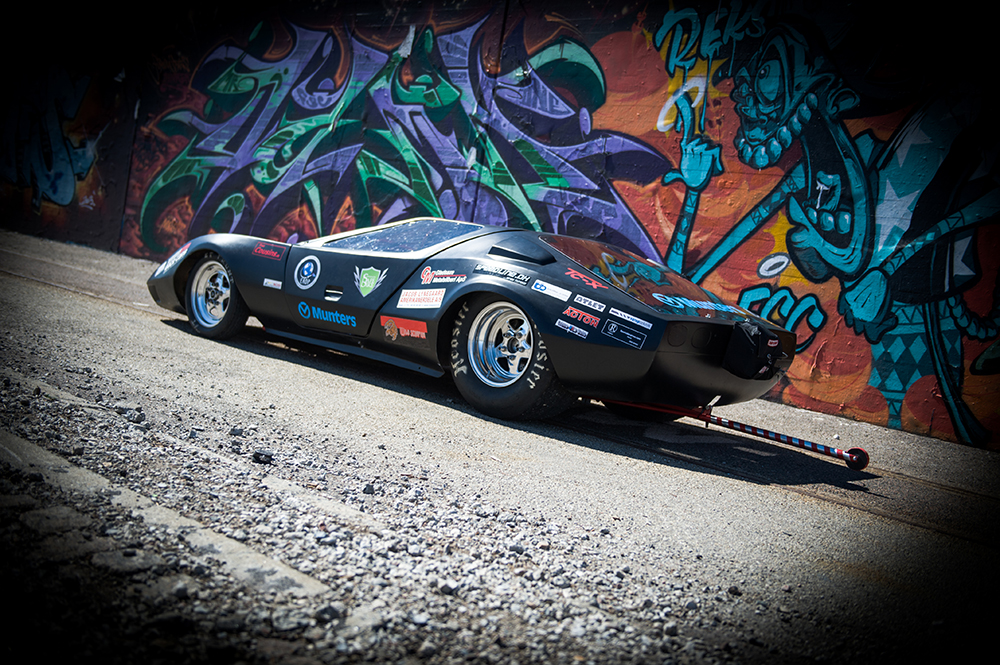 Sponsored by Munters - TC-X, the quickest accelerating electrical car in the World

Congratulations : The electrical car TC-X, invented and built by Area Sales Manager Hans-Henrik Thomsen from Munters A/S in Denmark and his cousin, is now holding the title as "The quickest accelerating electrical car in the World"

First world record for TC-X by True Cousins with a time of 5,74 sec on the 1/8-mile (201 meters) making it the quickest accelerating car in the world. By car means "door-slammer", full body with doors that can open (in oppose to rails dragsters or Funny cars).This time corresponds to a 0-100 km/h time of 1.5 sec. also beating The Green Teams so-called record of 1.77 sec.
The record is set within NEDRA, The National Electric Drag Racing Association which holds all electric drag racing records of the world.

The global and general strong focus on energy efficiency and more sustainable energy sources is reflected clearly in the car industry. The development within electrical car batteries is booming and in the Danish Munters AirT office our colleague Hans-Henrik Thomsen recently managed to break the World record in acceleration with his electric drag car, the TC-X.

What started 8 years ago with a small electric motorbike and 2 x 12V lead batteries and later turned into 6 standing world records, has now developed even further into a drag race car that is fully home built by Hans-Henrik and his cousin Glenn E. Nielsen with the aim to be the fastest electric drag car. The aim with the car is also to inspire and to illustrate what the future can bring when it comes to much more silent and less polluting cars.

Researching the world of batteries have resulted in a battery pack consisting of 960 Lithium-Cobolt cells with a total output of more than 2.200 HP (for 5 sec. only) which leaves a potential for the future as the 2 current controllers "only" can handle around 1.200 HP. The weight of the car is 850 kg of which the batteries weigh 160 kg and the 2 second hand forklift engines (but reinforced and modified) are 210 kg.

Munters has a strong focus on sustainability, environmental issues and the use of energy sources with the minimal CO2 footprint, and among our customers are some of the World's leading manufacturers of lithium batteries.

In august John Peter Leesi, CEO Munters AB, visited Munters in Denmark to sign the sponsorship contract and take a closer look at the car. TC-X is running only on closed race tracks as the Malmö Raceway, Sweden where official and approved timing is being performed. 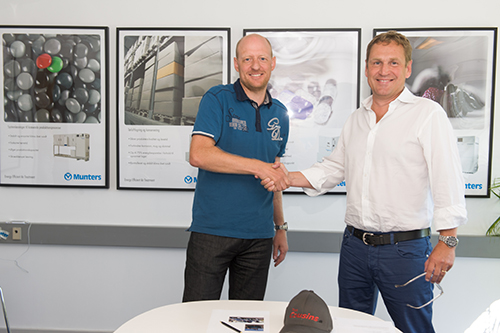