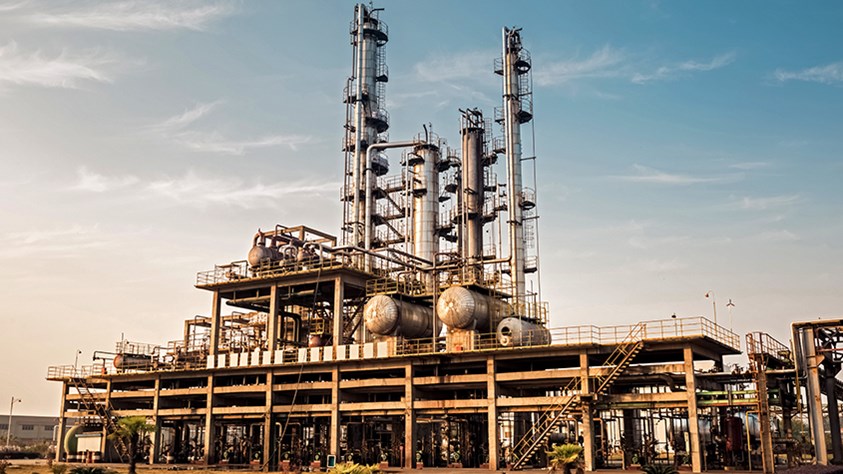 Overview
The Texaco Gasification Process converts organic materials into syngas, which is a mixture of hydrogen and carbon monoxide. The feed reacts with a limited amount of oxygen (partial oxidation) in a refractory-lined reactor at temperatures between 12000°C (21632°F) and 15000°C (27032°F), and at pressures above 18 atm.

Problem analysis
Munters studied the system and tray construction and the following observations were noted:

- The main design constraint of the column trays was the extremely high uplift pressure of 6 bars at start-up, which lasted for about 15 minutes
- Gases were infiltrating the trays, and the impingement force was greatest on the lower tray

Possible reasons for failure
- The direction of the major beam was found to be perpendicular to the flow. It should have been parallel to the flow. The parallel direction of the beam distributes and maintains uniform upward force across the tray deck.
- The existing tray clamping method and the bolting pitch was found to be inadequate in overcoming the initial upward thrust, thus dislodging trays
- Additional arrangement of sure cleats was not provided