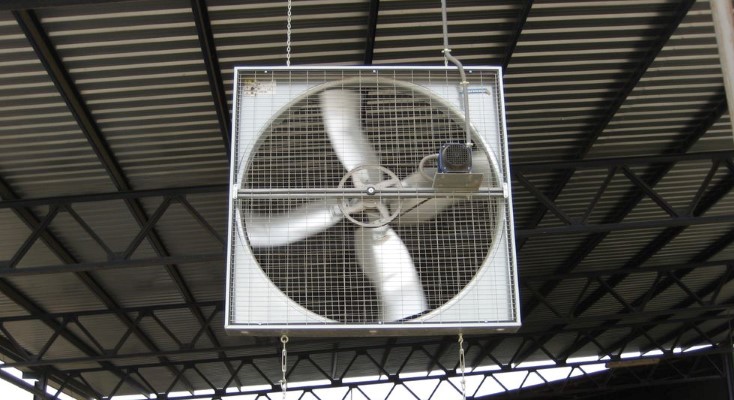 The past few years has shown a trend of livestock structures and greenhouses becoming larger to accommodate more animals and increased crops.

We are proud to say that not only does the new ECO design fan series comply with the energy efficiency directive for year 2013, but the series also exceeds the requirements which will come into force in 2015. We call that a sustainable way forward.

As an example, the EC52 cone fan can cut combined energy consumption by 20%. They move more air but using less energy. That means better ventilation, shorter payback as well as potentially fewer fans per structure. That is clever!

How do we manage 'clever'? Through ongoing R&D, interactive testing of prototypes, redesigning and re-testing until we get it right. The cleverness also optimizes other design features to ensure optimal performance at all times with easy maintenance for real life cycle cost consciousness. Maybe you should be thinking of ErP as less of a challenge and more as an opportunity?