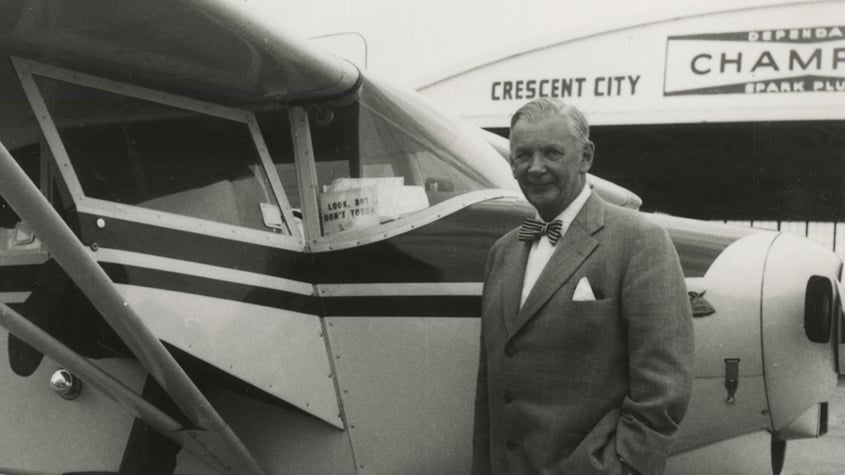 Munters is the original innovator of climate control. Founded by ingenious inventor and entrepreneur Carl Munters in 1955, the company was built around his insights into the laws of thermodynamics in combination with an ability to translate that understanding into groundbreaking technology. 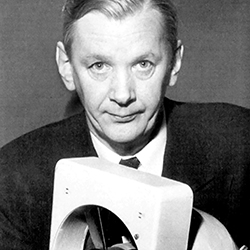 It was in 1955 that the famous Swedish inventor and entrepreneur Carl Munters (1897-1989) founded the company together with Marcus Wallenberg and two other people.

His first idea was to develop an air conditioning system based on evaporative cooling and dehumidification. The key components of the system were the desiccant wheel and the evaporative pads.

During his lifetime, Carl applied for nearly 1,000 patents, mostly within the areas of dehumidification and evaporative cooling. Today, his legacy of innovation and engineering lives on within the company and guides our daily work.

2022 – To meet the growth in the lithium battery market, Munters opens a new production facility in Hodonin in the Czech Republic.

Munters acquires EDPAC, an Ireland-based manufacturer of data center cooling equipment and air handling systems. The acquisition is part of Munters' strategy to grow in the data center segment.

2020 – Launch of an updated strategy with Group-wide priorities in the areas of Customers, Markets, Innovation, Excellence in Everything We Do, and People.

2019 –To capture Munters' full potential a three-phase plan on stability, profitability, and growth is launched in February 2019.

2018 – Several new products were launched with a focus on optimizing the climate while reducing energy consumption, such as DryCool® Focus and SonarEcho.

Board member Johan Ek is appointed interim President and CEO.

2017 – Carl Munters named ASHRAE Pioneer of Industry. Carl Munters was honored in November 2016 by ASHRAE for making milestone contributions to the growth of air conditioning, heating, refrigeration, and ventilation. Individuals like Carl Munters who are inducted into the Pioneers of the Industry classification have shown evidence of distinction, either technically or academically. 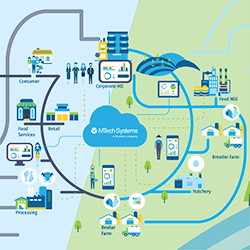 2016 – Munters completes its acquisition of Rotem and now owns 100% of the shares. Rotem specializes in computerized control and management systems for agricultural applications and is based in Tel Aviv, Israel. Munters receives its biggest order in history, more than three times the size of its previous largest order. For the first phase, Munters provided 220 x Oasis 200 indirect evaporative cooling modules, along with a package of weather protection canopies, commissioning, and service to a data center customer.

2015 – Munters celebrates 60 years of innovations. In July, of that same year, it acquired HB Group and combined expertise and products to provide high-quality air treatment solutions to customers.

2013 – Munters completed the purchase of ProFlute AB, along with its subsidiary SAT, which operates in the Chinese domestic market. ProFlute is well established as a leading supplier of desiccant rotors to the global OEM market, with good quality products and a respected brand name.

2011 – Munters acquires the majority share in the Israeli company Rotem. They are specialized in control and management systems for agricultural and horticultural applications.

Munters and the Chinese company Keruilai sign an agreement on a joint venture.

2010 – Munters focuses on the core business and decides to divest the MCS division. Triton, a leading private equity firm, bought the division. The transaction was completed on October 1, 2010.

Nordic Capital Fund VII purchased Munters at the end of the year. On December 23, 2010, Munters was de-listed from the Stock Exchange.

2007 – Munters is more and more becoming an expert in indoor air treatment, rather than just the humidity expert. The acquisition of US-based Des Champs Technologies complements the dehumidification product range and strengthens Munters' position as a leading supplier of energy-efficient climate control solutions for commercial buildings.

2006 – Acquisition of spot heater manufacturer SIAL broadens the offering to the HVAC and AgHort customer segments within the HumiCool division. It follows the strategy of becoming a full climate system provider to agri­cultural customers.

2005 – Formation of global divisions in a new organizational structure.

Up until 2005, Munters was organized into three regions – Americas, Europe, and Asia. Those regions were in turn divided into three product areas.

The Group was divided into three global product divisions – Dehumidification, MCS, and HumiCool. That change was successful and resulted in higher gross margins and enabled a more coordinated sales process to be achieved, aimed at international customers. In addition, the new organizational structure contributed to a more concentrated product portfolio and stronger service offerings.

2001 – Munters acquires Aerotech, a leading US supplier for the Aghort industry.

2000 – Munters establishes sales operations in Thailand and Korea and opens a CELdek® plant in Thailand.

In the 1990s, Munters expanded and became an international Group with its organization in over 25 countries and manufacturing in over 14 countries. The business was centered around The Humidity Expert theme. Focus on profitable growth. Environmental issues become more important, laying the foundation for HumiCool products. Munters focuses on products rather than core components.

1997 – Munters is listed on the Stockholm Stock Exchange.

1992 – A new plant is built in San Antonio to concentrate on dehumidification applications, e.g., for supermarkets and ice rinks.

Broad international expansion. The modern Munters takes shape through the acquisition of agents. Most of the licenses were acquired. The MCS business is expanded in several of the countries where Munters operates.

1989 – A new plant opens in Tobo, Sweden, which enables the cost-effective production of new rotors with unique characteristics for various applications.

1988 – Munters acquires a unique Swedish air purification technology. The ZEOL products are further developed with Munters' rotor technology and help to improve the environment by reducing emissions of solvents from industrial processes.

Munters continued expanding into new markets through subsidiaries and licensees. The company changed its strategy at the end of the 1970s as some of the patents began to expire. The range of products and applications was gradually extended and the distribution was expanded to most parts of Europe, North America, and Japan, largely through licensing arrangements with third parties.

The international agent network is established. The focus is on energy-saving applications.

1976 – A breakthrough order is shipped to Agfa for dehumidifiers for film production. The technology becomes critical to the manufacturing of photographic film.

1973 – The oil crisis brings sudden and severe demands for energy savings. The company is facing a completely new market potential.

Munters starts doing business in Fort Myers in the USA with products for evaporative cooling and closes license agreements for the production of dehumidifiers in Amesbury, USA.

1968 – MCS is developed into a separate business. 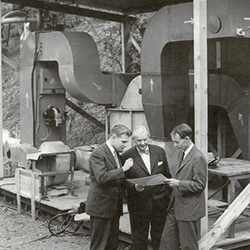 Refrigeration using heat resulted in the DesiCoolTM project: rotors for dehumidification and heat exchangers and structures for humidification/cooling. The first large-scale dehumidifier took a huge leap from the previous size. The picture shows the new unit being tested in Carl Munters' garden before delivery.

The Swedish Armed forces wanted to decentralize their mobilization warehouses and ordered 200 dehumidifiers.

1955 – Carl Munters & Co is formed. The company was founded together with three other investors.

At meetings, Munters and Wallenberg had two votes each, and Wicander and Berner had one vote each. 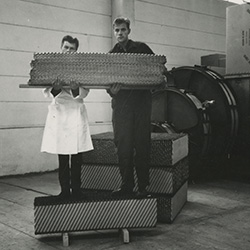 Carl Munters had, in his previous projects with the manufacturer of insulating materials such as cardboard and plastic foam, a partnership relationship with Wicander and Berner within WMB Insulation Company.

Carl Munters' initial idea was to develop an air-conditioning system based on the use of evaporative cooling and dehumidification. The development of key components of the system were the desiccant wheel and the evaporative pads.

In 1947, the laboratory in Stocksund, where Carl Munters lived, goes into service and a small team of employees, led by Carl, begins working on development and inventions related to Munters' operations. 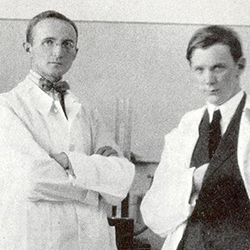 In 1922 Carl Munters and Baltzar von Platen invent the first cooling device with no moving parts, with the rights to the invention going to Electrolux. Electrolux used its global marketing organization for vacuum cleaners to sell refrigerators.

During his lifetime, Carl Munters was granted more than 1,000 patents.